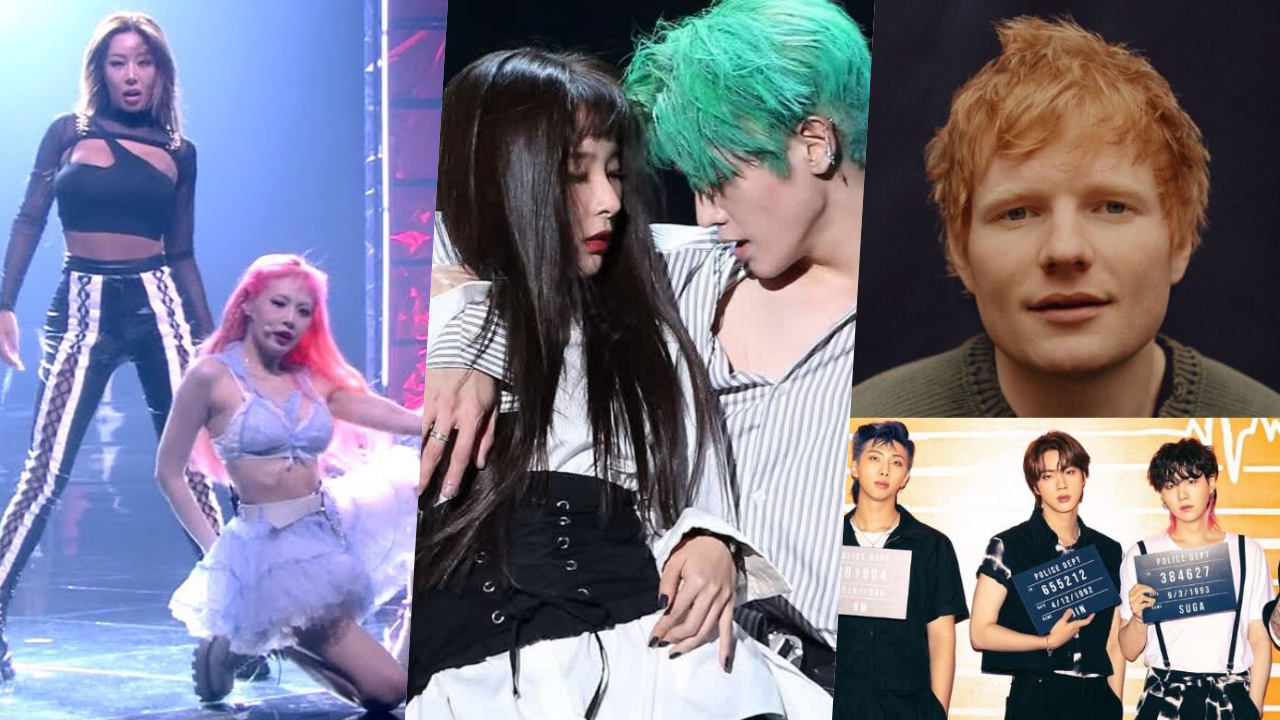 How can we not love this collaboration? Real lovers in one song <3 STREAM PING PONG~

We’ve always wanted to see them in one stage and KBS Music Bank made it happen! For Music Bank’s half-year special, Jessi and HyunA had a dance performance.

Girls Generation Taeyeon’s relationship with SHINee is special. Whatever project they do together, it’s always a hit. Jonghyun and Taeyeon’s several music collabs, Key and Taeyeon’s friendship and chemistry on variety shows. Now, the maknae is here to give us the best duet of 2021! In the recent album of Taemin titled “Advice”, he collaborated with Taeyeon in the b-side track “If I could tell you”.

After their dance collab in 2017, everyone wanted them to work together again! Little did we know, 2021 will give us a duet song from the two (and we want more.) Taeyong and Seulgi sang to “Rose” composed by Taeyong and they also released a snippet of them dancing to NCT U’s Make A Wish”.

We’ve always wanted to see TWICE and Stray Kids perform together and Tzuyu and Bang Chan “kinda” made it happen. Although it was not an official collaboration and performance, we are already glad that a Twice and Stray Kids member are singing a song cover together. StayOnces, congrats!!!

Can the pandemic end already? We just want them to be the guests of each others’ concerts T.T

It’s not yet happening but we are already thanking everyone who made this happen! Ed Sheeran and Big Hit Music confirmed that Ed Sheeran will be participating in the new song of the phenomenal K-Pop band BTS.

Any other collabs that should be added here?