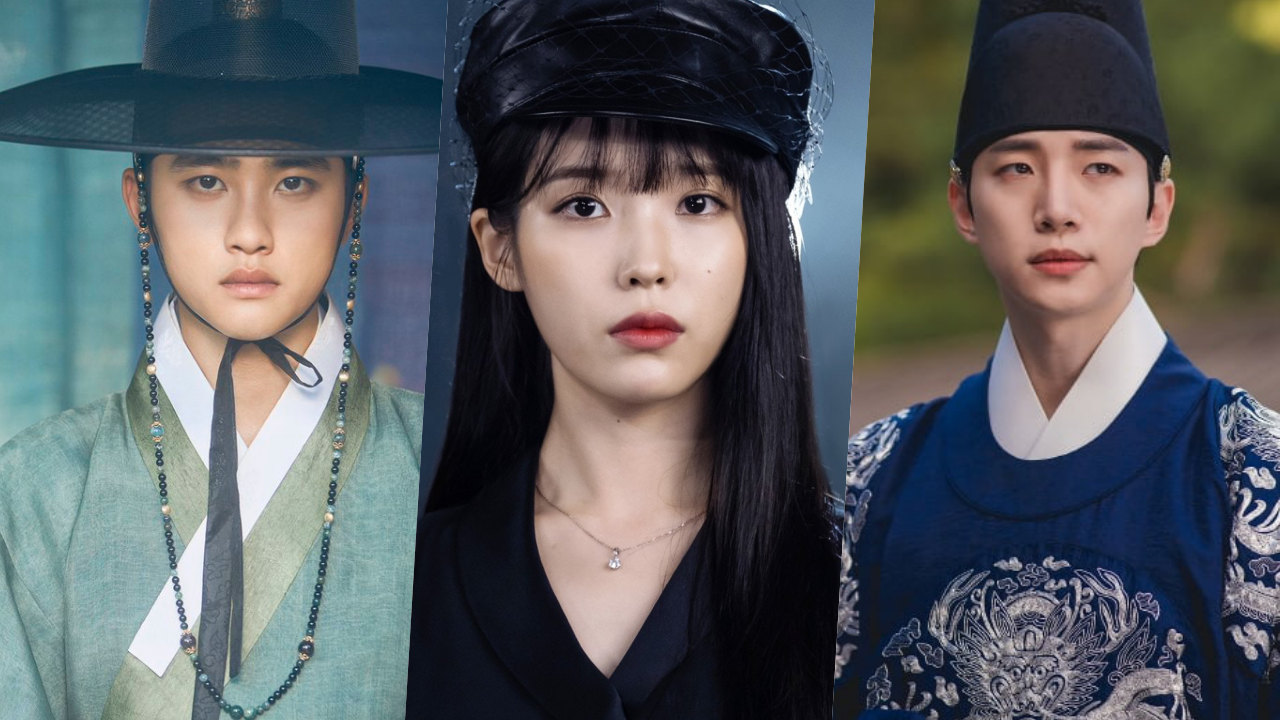 Nowadays, dramas are showcasing various diverse plots. It can be on main channels, cable networks, or online platforms. Some of the famous casted actors/actresses are from popular idol groups.

However, the public usually views idols who try to act not as good as to be called an actor. There is also a connotation that the title “actordol” pertains to someone/an idol who is just lucky to have been given an opportunity with acting but is not good enough for a role.

Except for these people on the list! These people are known to be skillful not only as an idol but also as an actor: 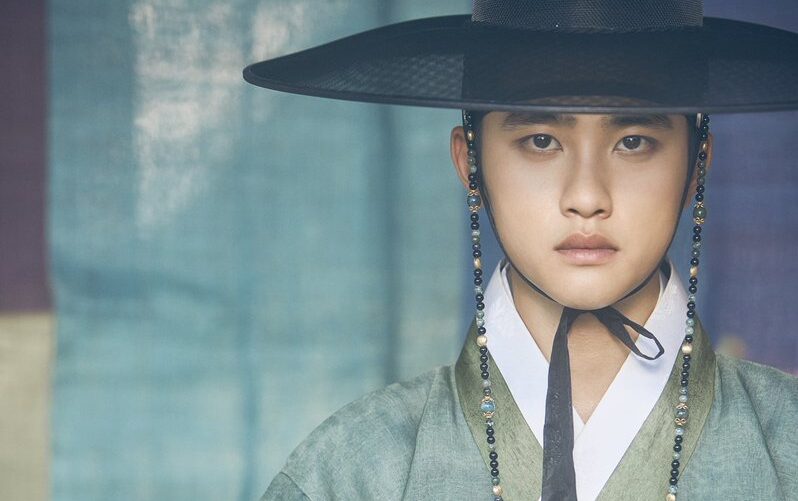 First is none other than the member of EXO, Do Kyung Soo. He debuted in 2012 as an EXO member. His group became the representative of K-Pop with several hit songs “MAMA,” ‘Growl,” “Call Me Baby,” and “Love Shot.”
He also made a name through his acting as Do Kyung Soo (his real name). D.O began his acting career with the drama “It’s Okay It’s Love” in 2014. He also acted in the KBS2 drama “Hello Monster,” and made a memorable cameo with his character as a criminal named Lee Jun Yung.
In 2018, he landed the main role for the historical drama “100 Days My Prince”. He played two roles, Wan Deuk and Crown Prince Lee Yul. The drama also recorded high ratings.
Meanwhile, D.O. got discharged from the military in January 2021. He will take part in the drama “True Sword Battle” and movies “Secret,” “The Moon,” and “Along With The Gods 3.” 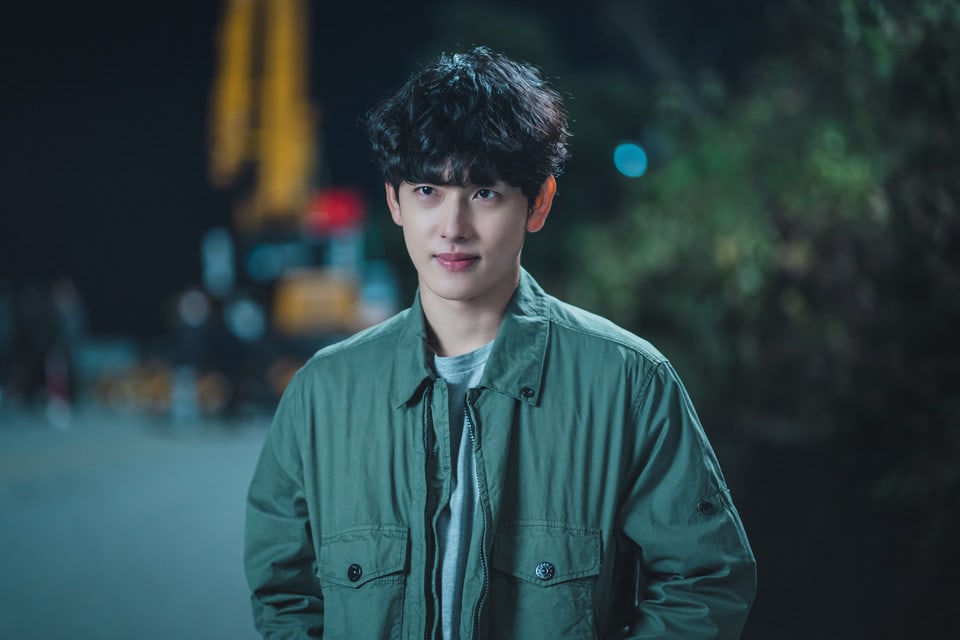 Im Si Wan made his debut as a member of ZE:A in 2010. He was more active as an actor than a singer. His acting debut was in the popular drama “Moon Embracing The Sun.” He also participated in hit dramas such as “Man Of Equator,” “Misaeng,” and “King Loves You.” Ever since he started his acting career, Siwan was already applauded by the public for his excellent portrayal of characters. After finishing his military enlistment, he starred in the tvN drama “Run On.” Many viewers again praised Siwan for embodying Ki Seon Gyeom’s character as if it id him. 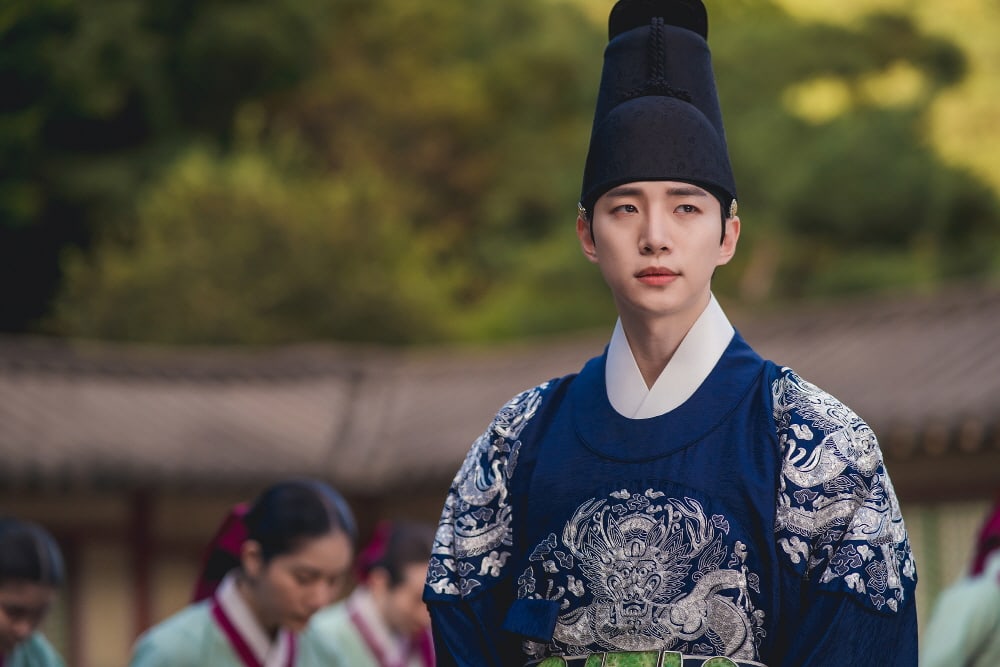 Junho is part of the beast-dol group from JYP Entertainment, 2PM. He proved himself as an excellent idol-actor in 2016’s drama “Memory”. Junho began his acting career in 2013 together with his 2PM activities.

Junho continued to star in several quality dramas and movies. He finished his military service in 2021 and starred in the hit historical drama The Red Sleeve. 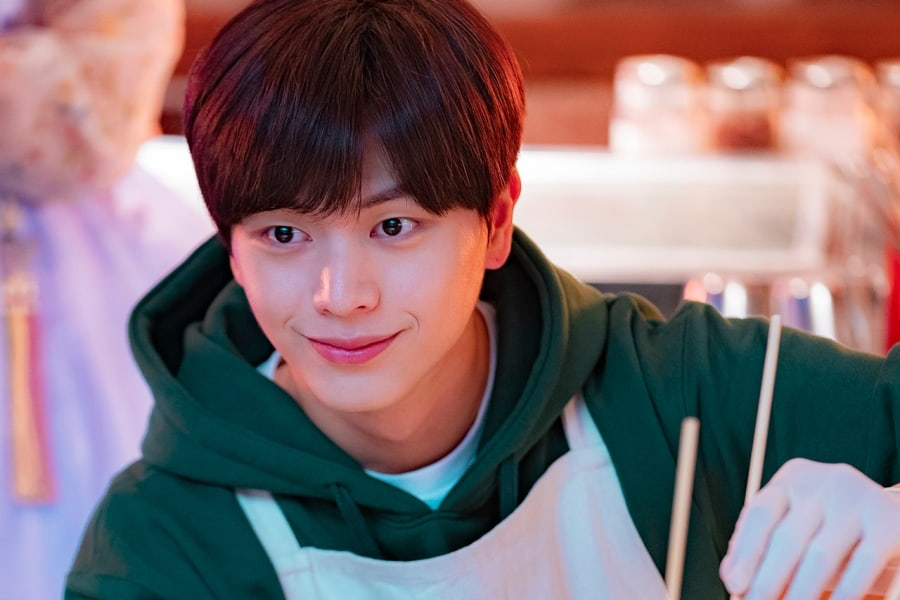 Another idol who shocked the public with his acting skills is none other than Yook Sungjae. Even though it’s the first time for Sungjae to star in a drama, he already got the public’s trust with his acting skills. He debuted as an idol in the K-pop boy group BTOB. He made a buzz as an actor with his dramatic scenes in the famous school drama series “Who Are You: School 2015” with Nam Joo Hyuk and Kim So Hyun. He continued to gain recognition after starring in the hit drama “Goblin.” He was actor Gong Yoo’s nephew in the series. Sungjae proved to everyone that he is not only an idol with a great voice but his acting skills are also on par with his singing. Sungjae is currently serving in the military, and his last drama before his enlistment was “Mystic Pop Up Bar” with Hwang Jung Eum. 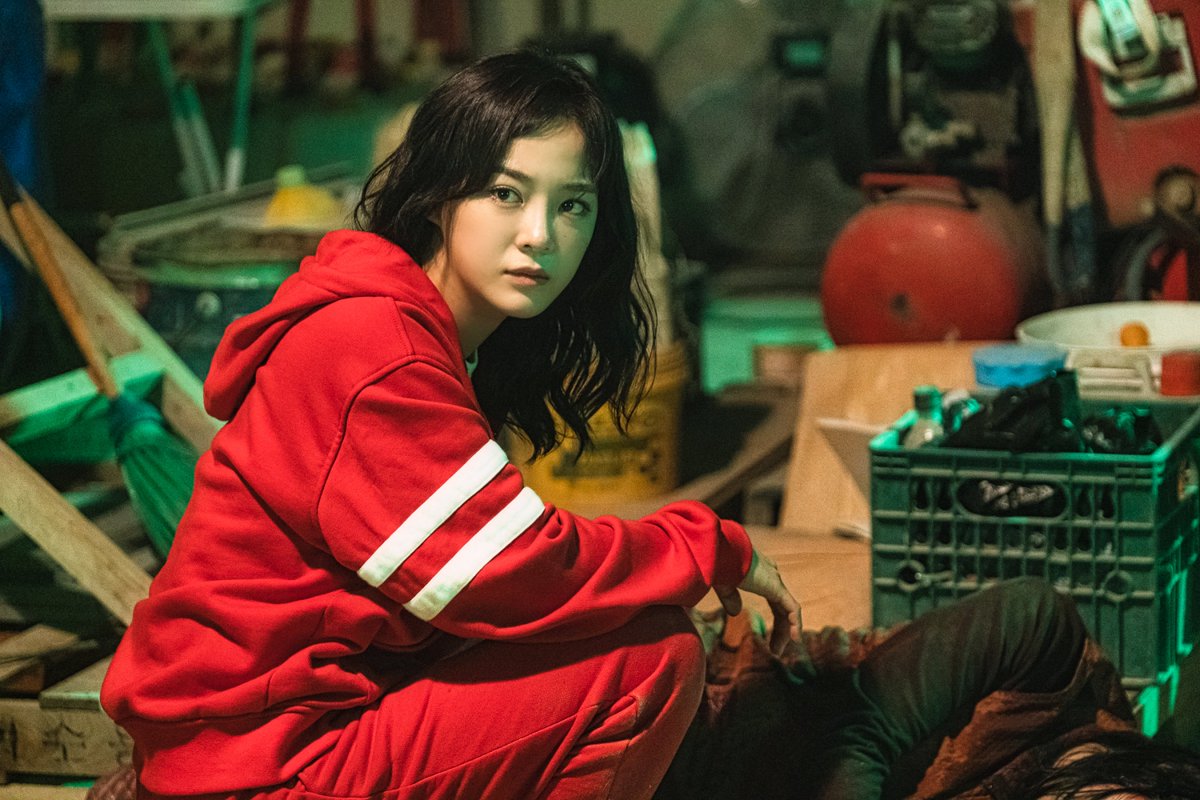 Kim Sejeong became known through the survival program “Produce 101.” She easily became the crowd favorite for her unrivaled skills and personality. She then debuted in project group I.O.I and the now-disbanded group Gugudan. She is not only good at singing, dancing, and entertaining, but she also proved her “god-Sejeong” nickname with her skills in acting. She started her acting career in the drama “School 2017” with Kim Jung Hyun and Jang Dong Yoon. Since then, she actively promoted as an idol and actress. Kim Sejeong garnered more praise with her performance on the OCN drama “Uncanny Counter” with Jo Byeong Gyu, Yeom Hye Ran, and Yoo Joon Sang. 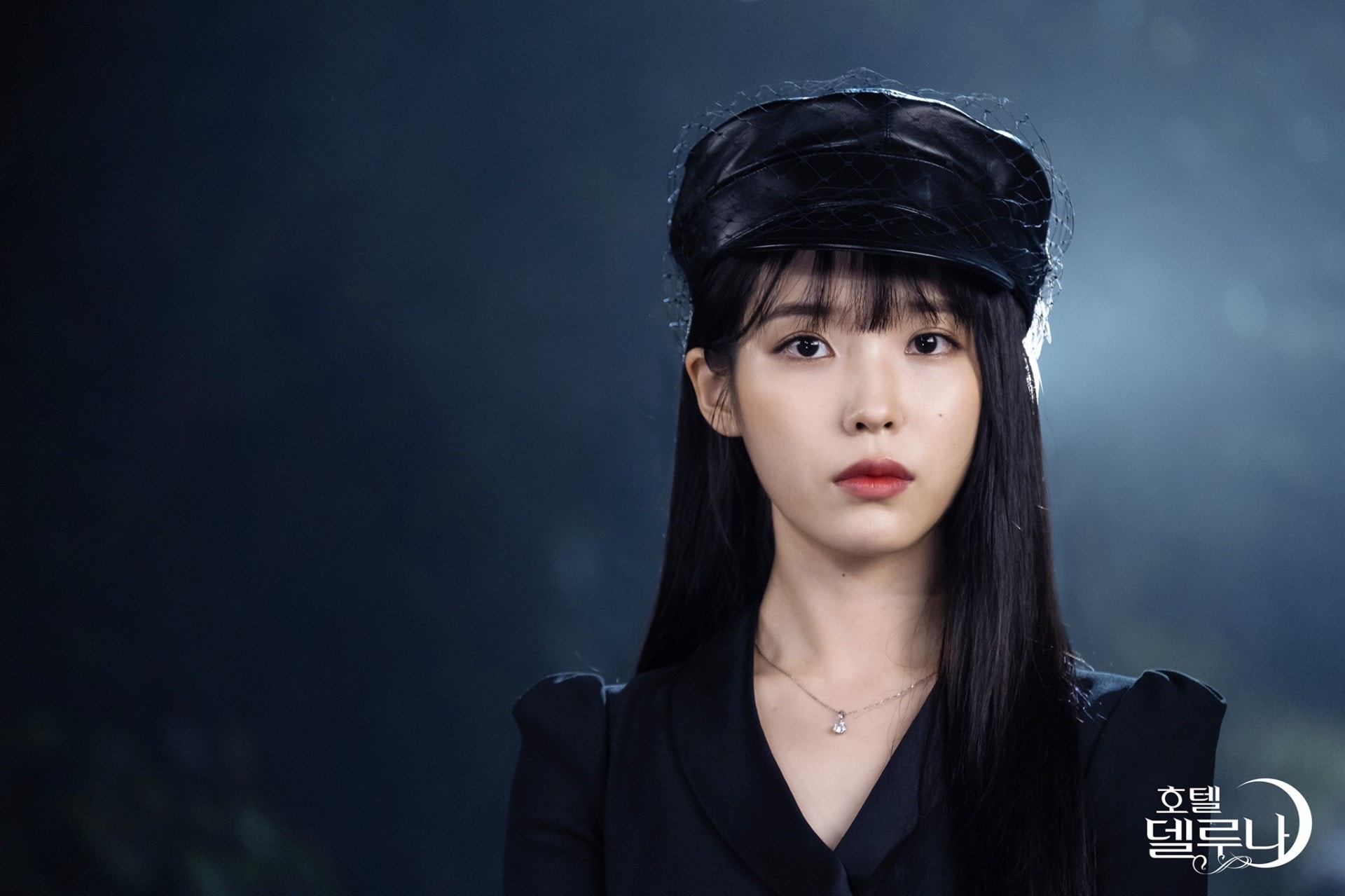 IU debuted as a solo artist from LOEN Entertainment (now called Kakao M). She did not shoot to fame right after her debut. After the release of her legendary song “Good Day,” IU became one of the most popular soloists in K-Pop. She also ventured into acting in 2011 with the drama “Dream High.” She starred alongside Kim Soo Hyun, Suzy, 2PM’s Taec Yeon, T-Ara’s Eun Jung, and more. Just like the usual, IU received criticism on her first few acting gigs because she’s an “idol” but the nation’s little sister proved to everyone that she is worthy for the actress label too with her participation in the hit drama “My Mister”. Since then, IU only got praises for pulling off any character she portrays. 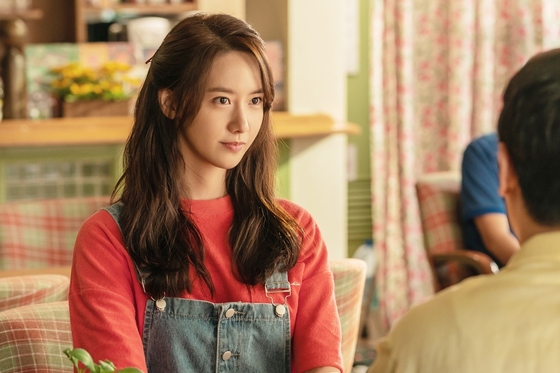 Yoona is the center of SM Entertainment’s most popular girl group, Girls Generation. As she was promoted actively as an idol, Yoona also started her acting career. She first appeared in ”9 End 2 Outs.“ It was not easy for Yoona at first. Some people criticized her acting. As she continued to challenge herself in the acting field, she finally gained the public’s recognition for being a great actress. Aside from starring in dramas in Korea, she also appeared in several dramas in China. Yoona also got recognized as a great actress in China. Her drama “ God of War, Zhao Yun” even achieved more than 10 billion hits through various online video sites in China. 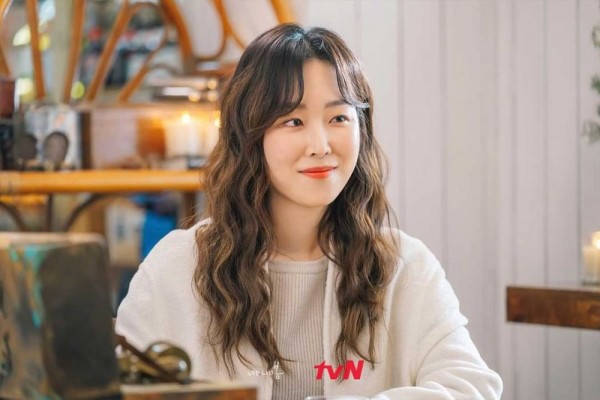 Did you know that Seo Hyun Jin is an idol too? She debuted in the K-pop girl group M.I.L.K. from SM Entertainment’s sister label in 2001. After being an idol, Seo Hyun Jin pursued acting. In 2016, she rose to fame and gained many praises for her acting skills with drama “Another Miss Oh ” with Shinhwa’s Eric and Jeon Hye Bin. Since then, she continuously appeared in hit dramas and gained the public’s trust with her excellent acting. Seo Hyun Jin is known for her dramas such as “The Three Musketeers,” “Let’s Eat 2,” Another Miss Oh,” “Dr. Romantic,” “The Beauty Inside,“ and more. 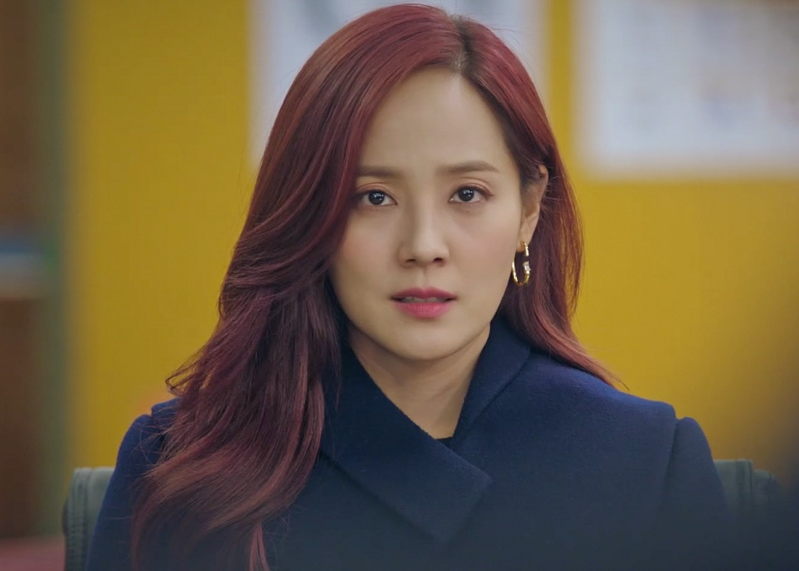 Eugene is part of the first girl group from SM Entertainment. Eugene is part of the three-member girl group S.E.S with Bada and Shoo. After becoming an idol, Eugene also pursued another path which is acting. Since 2002, she appeared on several acting projects and even met her husband through starring in the same drama “Creating Destiny” in 2009. She is one of the talked about idol-actress with her participation in the blockbuster drama “Penthouse.” On the first season of Penthouse, she gained a Top Excellence Award, Actress in a Mid/Long-length Drama for her performance. The public was also amazed by her portrayal of Oh Yoon Hee. She also received praises for being on par in acting with known great actors Um Ki Joon, Kim So Yeon, and other casts.

These are just some of the idols praised for also being good actors. How about you? Which idol actor do you wish to include in our list?